From picture processing, to color spectrum, to contrast ratio, to motion smoothing, every aspect uses the latest cutting edge technology. The result is a TV with superior picture quality. Even for content that isn’t made in 4K, the A90J’s upscaling technology can create it in almost 4K resolution with sharpness and texture. For film buffs, this is the TV to splurge for.

For gamers, maybe not so much. Despite superlative reviews for its picture quality, optimized for gamers it is not. And that’s because it doesn’t come with VRR support. While it does have HDMI 2.1 ports which means it can operate 4K at 120 fps, and has a low input lag in its gaming mode, so it might not be a dealbreaker for some.

For an affordable 4K TV, the V-Series tops the list. It doesn’t come with all the trimmings of the more high end TVs out there, but it also isn’t lacking in quality or fun features. In addition to its own operating system, the V-Series can also support Apple Airplay 2 and Chromecast, has smart home integration, and comes with a voice operated remote.

In terms of picture quality, it doesn’t have localized dimming, but it does have full array backlighting and supports HDR. The V-Series also has a number of features for gamers on a budget including VRR, low input lag, and FreeSync compatibility. Unfortunately it only supports 4K at 60fps. 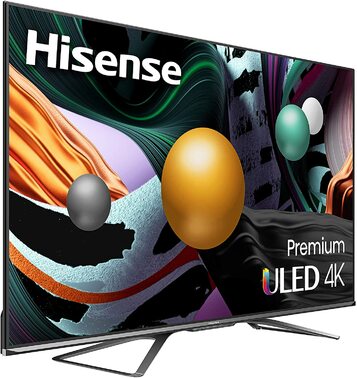 There are plenty of Android TVs on the market, but the Hisense H9G stands for its combination of features and affordability. While not an OLED TV, the H9G uses local dimming zones with its LED display to create sharp contrast ratios and can reach up to 1000 nits in brightness, which makes for excellent HDR performance. The H9G boasts a low input lag, fast response time, and has VRR support, making it a solid choice for gamers.

Typically Google and Android products are interchangeable if not compatible, so the one confusing factor with this TV is that it does have Google TV. That being said, it does use Google Assistant as its built-in voice recognition technology.

See the inside of a Martian rock, compliments of NASA’s Perseverance rover Amazon is reportedly making its own TVs